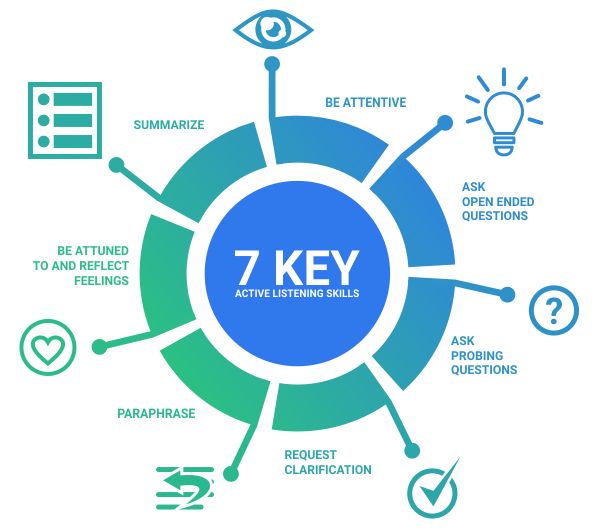 When interacting with other people, it’s important to keep your cool. The key to maintaining composure in any situation is recognizing and correcting patterns of negative thinking. Toxic communication patterns are words or actions that unintentionally hurt another person’s feelings. When you let these patterns take root, they can quickly turn any interaction into one riddled with sarcasm, passive aggression, and hidden meanings. Communication is a powerful tool that can either uplift people or destroys trust between two individuals. If you’re willing to work on repairing your destructive communication habits, then you have the power to build positive connections with those around you. Read on for tips on how to break destructive communication patterns so that you have more meaningful interactions with the people in your life.

Be mindful of your communication habits

If you’ve ever been in a position to say “I” rather than “we” or “you,” then chances are you have a toxic communication habit to address. Toxic habits are a product of poor self-awareness, and they’re often rooted in insecurity or self-protection. It can be paralyzing to recognize this, but it’s important to take a step back and ask yourself: “Why do I say things the way I do?

Passive-aggressive habits are often a reflection of low self-esteem, but they can also show up when someone is trying to mask something negative about themselves. It’s common for passive-aggressive people to start with subtle hints that they’re not being open and direct. For example, they might say one thing one day and another thing entirely the next. Eventually, passive-aggressive people may find that they’re unintentionally alienating people or sabotaging their productivity. When this happens, they’ll typically blame someone else for the problem — even if they’re the source of it!

Watch out for sarcasm

Sarcasm is a communication tool that can be truly helpful in a few specific contexts. When used appropriately, it can be a great way to mark a point or to draw attention to an underlying joke. However, when you don’t know when sarcasm is being used, it can easily veer into toxic territory. Sarcasm is often used to mask negative feelings or to put down someone else’s ideas There are times when it’s beneficial for one person to use a tone of sarcasm to draw attention to a joke or to clarify a point.

Talk honestly and openly at all times

Stay away from interrogation tactics

Communication is a critical aspect of any relationship, and it’s especially important when you’re dealing with people who might have different backgrounds or perspectives. When you understand how to break down toxic communication habits, you have a better chance of creating positive interactions with the people in your life.