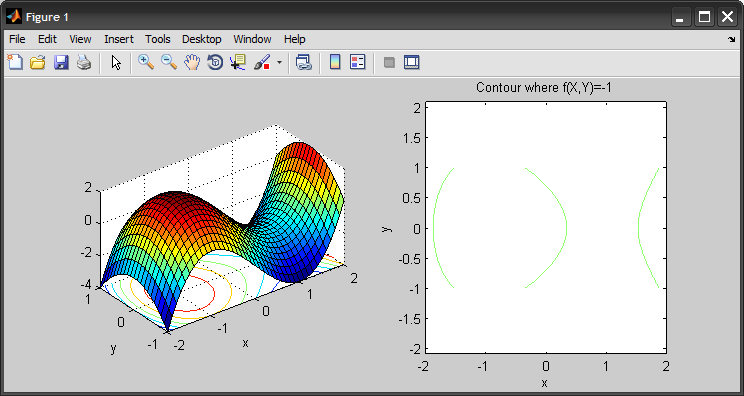 Matlab is a powerful tool for visualizing and analyzing data. One of the ways it does this is by creating isosurfaces. Isosurfaces are three-dimensional surfaces that represent points in space where the value of a particular function is equal to a given isoValue. In this blog post, we will walk you through the process of programming a Matlab isosurface for your own data. We will cover the basics of setting up your data, choosing an isoValue, and creating the isosurface itself. By the end of this post, you should have a good understanding of how to create isosurfaces in Matlab and be able to use them to visualize and analyze your data.

MATLAB is a powerful programming language that is widely used in engineering and scientific applications. It is a high-level language with an interactive environment that enables users to perform computationally intensive tasks.

What is an Isosurface?

Isosurfaces can be rendered using various methods, such as wireframes, solid surfaces, or transparent surfaces. Wireframes are the simplest method and consist of just the edges of the surface without any faces. Solid surfaces are filled in with color or texture. Transparent surfaces allow you to see through them to the underlying data set.

Isosurfaces can be interactively rotated and zoomed in on using many different software programs. This allows you to get a better view of the surface and the underlying data set.

How to Program a Matlab Isosurface

To program an isosurface in MATLAB, you must first create a three-dimensional array of data. This can be done using the rand function. Once you have your data, you can use the isosurface function to create the isosurface plot. The syntax for this function is:

where X, Y, and Z are 3D arrays containing the x-, y-, and z-coordinates of the data points, and V contains the values associated with each point. The ‘FaceColor’ and ‘EdgeColor’ arguments determine the color of the faces and edges of the patch object respectively. In this example, we have chosen to make the faces red and turn off the edges.

where X, Y, Z are 3D coordinate arrays defining the data grid, and data is the 3D array of data values.

where F is a list of faces (triangles), and V is a list of vertices. The iso2mesh function also has options for refining the mesh, such as setting edge length limits or adding extra vertices on sharp features.

Do You Know About Matlab Isosurface?

MATLAB is a programming language created by MathWorks. It is used for numerical computing and can be run on various platforms, including Windows, macOS, and Linux.

Isosurface is a MATLAB function that creates a three-dimensional surface plot. The surface is defined by the set of points (x,y,z) that satisfy the equation z = f(x,y). Isosurface can also be used to create a mesh or volume plot.

To create an isosurface plot, you need to specify the function f(x,y), the range of x and y values, and the value of z. You can also specify other options, such as the number of contour levels or the color map.

Isosurface is a powerful tool for visualizing data in three dimensions. With it, you can explore relationships between variables and find patterns in data that would be difficult to see in two-dimensional plots.

How To Make A Matlab Isosurface

To create an isosurface in Matlab, you will need to use the isosurface function. This function takes as input a 3D data set, and generates a surface that encloses all points in the data set that are above a certain threshold value. The threshold value can be specified by the user, or can be automatically determined by Matlab.

There are many different options that can be specified when using the isosurface function. These options include specifying the threshold value, the color of the surface, and whether or not to display wireframe lines on the surface. For more information on these options, consult the Matlab documentation.

Once you have generated your isosurface plot, you can save it to an image file or animation using one of Matlab’s built-in functions.

Matlab Isosurface: A Guide To Its Applications In Computer-Aided Design

When it comes to computer-aided design, one of the most popular software packages is Matlab. In particular, its isosurface function has been used extensively in a wide range of applications.

In this guide, we will take a closer look at what isosurfaces are and how they can be used in computer-aided design. We will also provide some practical examples to show you how to create and manipulate isosurfaces in Matlab.

Isosurfaces are often used to visualise data sets that are too large or complex to be represented using traditional two-dimensional plots. They can also be used to highlighting interesting features in data sets, such as areas of high or low values.

There are a number of ways to create an isosurface in Matlab. The simplest way is to use the built-in isosurface function. This function takes as input the coordinates of the points in space and the scalar field values associated with those points. It then generates an is

How To Create A Matlab Isosurface

The syntax for the isosurface function is:

Where X, Y, and Z are the coordinates of the data points and V is the data itself. Isolevel is the value at which you want to create the surface.

For example, if we have a 3D array of data called “data” we can create an isosurface at the value 0.5 like this:

The output of the isosurface function are patch objects, which can be manipulated using the patch command. For example, to change the color of an isosurface, use the ‘FaceColor’ parameter:

Matlab Isosurface: The Good, The Bad And The Ugly

The Matlab Isosurface function is a great tool for visualizing 3D data. It allows you to create isosurfaces at any value within your data, and can generate smooth surfaces even when your data is very noisy. Additionally, the function is very fast, so you can quickly explore your data to find interesting features.

However, there are some drawbacks to using the Matlab Isosurface function. First of all, it can be tricky to control the appearance of the generated surfaces. For example, it can be difficult to get rid of “wavy” surfaces or artifacts near sharp edges. Additionally, the function does not support transparency, so it can be hard to see features that are behind other surfaces. Finally, the function does not support texture mapping, so it can be difficult to add real-world context to your data (e.g., by adding a map or photograph as a background).

Despite its drawbacks, thee Matlab Isosurfac function is still a useful tool for visualizing 3D data. With a little practice, you can learn how to control the appearance of the generated surfaces and avoid common pitfalls. And if you’re willing to accept its limitations, you can use it to quickly generate beautiful visualizations of your data.

Creating an isosurface in Matlab is a great way to visualize data in three dimensions. With a few simple steps, you can create an isosurface that represents your data set and gives you a better understanding of what it looks like. Give it a try the next time you have some data that you want to explore!